THE DRUNKARDS BY VELAZQUEZ

A few days ago, I was invited to conduct a training session on the analysis and the function of the analyst. Although it was focused on the analysis of the qualitative speech, it can be extrapolated and applied perfectly to other types of discourses, disciplines or contexts: big data, systems, quantitative data, economic intelligence, social phenomena, etc. There is no doubt that the word ‘analyst’ is a word in trend and analysts are in demand in many disciplines.

I asked myself what else can be said regarding the analysis further to what has already been said and to transmit my experience on this subject, I resorted to two seemingly distant areas: painting and wine.

First of all, I went through the dictionary. Analysis comes from the Greek prefix "ana" (throughout, from top to bottom, again) and "lysis" (dissolution). It is about breaking down a matter, a discourse, a social phenomenon into its fundamental components and the causes or relations that constitute it. The prefix "ana" contributes a lot to understanding the action of analyzing: it means entirely, in all directions, repeating the analysis again and again...

A few months ago, Caixa Forum organized an exhibition about Toulouse Lautrec. The guided tour reviewed the different periods of the painter relating them to other painters of the time and pointing out the mutual influences. At a certain point of the tour, we arrived at the painting "Messalina" by Toulouse Lautrec. It is a colourful piece, alive, with a historical and palatial theme, which contrasts with the recurrence of hostess clubs, prostitutes as main characters and the muted, ochre, black colours of the painter's previous periods. The guide, excellently prepared, invited us to contemplate the painting. Then, to make us understand the remarkable difference between the previous period and the foresaid painting, she explained what had happened to the painter.

Toulouse Lautrec was the son of a noble family; as a child he suffered from bone disease, which prevented him from growing to a meter and a half in height. The vocation for painting led him to live in the Parisian Montmartre district. He liked the nightlife, cabarets, absinthe...; in many of his paintings he reflects the life of the prostitutes in Paris at the end of the 19th century. In 1897, the excess of alcohol caused him a delirium tremens, he was admitted to a sanatorium and treated with electroshock. This treatment caused him a "happy" state: absence of worries, anguish or guilt...; let’s call it a vegetative state. And it is at this time that he paints “Messalina”, instead of the Parisian underworld, prostitution and poverty,... he paints a palace, an empress, Roman soldiers, all of them richly dressed.

What I am saying about Toulouse Lautrec’s painting is what I understand by analysis and interpretation: a speech, an advertising communication, a set of data, a painting... they are something incomplete by themselves, they are naked, meaningless. An exercise of connection, relation, construction is necessary to make sense of them.

Nowadays there are huge amounts of data, information available to institutions and companies. Facebook, Google, Telefónica... have tools capable of storing billions and billions of data and information, but in raw, without analysis, without interpretation, instead of being helpful they are rather overwhelming and depressing.

As in chess, the meaning of a piece of information, a speech, a message, is provided by context and circumstance. No matter how many terabytes of information a social network may be able to provide us with, if we do not relate them with the trends, values, concerns and occupations, behaviours, desires and aspirations present in our world, in our society, in our circle of friends, in our family and in our private life as individuals, they will be of little use to us. The true meaning of the data and information is in the relation, in the connection, in putting them in context and within circumstances. Analyzing is making connections, associating, relating, contextualizing, reconfiguring, restructuring, deconstructing and constructing in order to make sense, direction and meaning to things.

Wine, and the apparent simplicity that holds a glass of wine, contains centuries of history, complexity, variety, patience, time, dedication, affection; in the making of a quality wine many aspects take part: the type of agriculture carried out (traditional, ecological, biodynamic ...) the variety of the grape with which it is made, the climate, the geography and the altitude, the land and vegetation, the age of the vineyards, the harvesting and the previous selection of bunches, the type of barrel used (French, American, Spanish oak), the roasting intensity, etc. These variables (data) well connected, in due time, and in right proportion result in a great wine. All these can be observed and verified at first glance. But while the wine ages in the barrel and later in the bottle, and goes from being a young wine to becoming a reserve wine, chemical changes that are not observable occur: through the process of micro-oxygenation, small oxygen particles pass through the wood onto the wine and they unite to two components - tannins and anthocyanins - responsible for the wine colour, flavour and stability.

Without the oxygen microparticles, the tannins tend to unite, solidify and precipitate to the bottom; anthocyanins are very volatile and difficult to retain (if they volatilize, the wine looses colour and stability); oxygen when uniting with the tannins prevents their solidification and by binding to the anthocyanins, volatility is prevented. The result is a wine with flavour, with colour, balanced and stable. Nowadays, chemical laboratories do wonders and you can quickly get a flavour (vanilla, mint, oak, malt ...) and intense colour by adding a chemical. But balance, stability, the roundness, in summary, of the process that takes place in the barrel is not achieved. What is the big secret? Time. This process is what I call vertical analysis: the one that deepens, retains, silences, stays silent, reflects, listens... and gives time. Time we do not have and companies do not have. And that's why analysts of all kinds are in demand, but they are pressured and rushed by schedules, so rather than acting as analysts they become chemists. 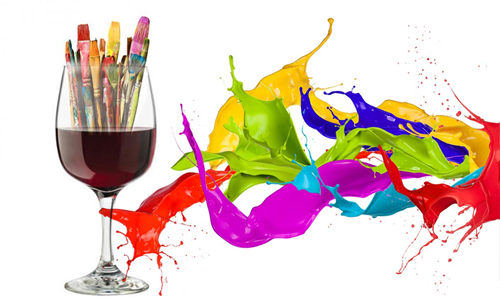 In its horizontal dimension, analysis is association, connection, relation, deconstruction and reconstruction, restructuring... of information, of data, of reality, of the elements that we have.

In its vertical dimension, the analysis is internalization, reflection, silence, patience, time... It is this vertical dimension that fails most often in our time and our profession as analysts. Because we have data, facts, figures, speeches ... well founded but what fails is the space/atmosphere where they can develop and transform.

From wine, apart from the enjoyment that its flavour, its aroma, its colour nuances and its history offers me, I have learnt the value of time (of "tempo"), of silence, of patience; the importance of the processes that can be seen but also of those that cannot; I have learnt that everything counts and that in the details there is greatness; and that when one gets used to a real wine it is difficult for imitations to provoke the same satisfaction. 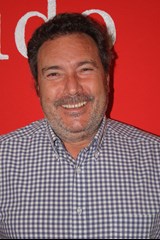 PFNews - We start September with...